Remote housing search can sometimes be complex and make it difficult for foreign arrivals to integrate into their new environment. Meet Fabienne Roché, real estate broker with the groupe sutton - immobilia agency, who supports newcomers to facilitate their integration in Quebec.

Originally from the south of France, Fabienne arrived in Quebec in 2017 with her family. Before their departure, the remote housing search was complicated since no one took the time to answer them. They wandered between several short-term rentals when they arrived to do the research on the spot, which took over a month. It's not easy with two young children and tons of suitcases. 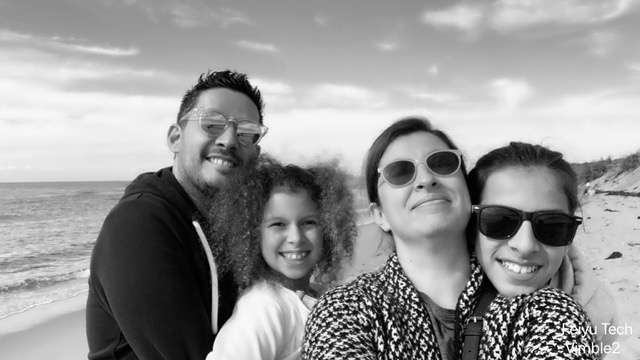 This unsuccessful search for housing, among other things, made it more difficult for them to settle in and this is one of the reasons that inspired Fabienne to turn to real estate. She likes to question herself and she saw her change of country as an opportunity to change jobs.

Barely a few months after her arrival, she was already taking the training to become a real estate broker. "We arrived on June 20th and I started classes at the end of August," she said with a smile.

Even though she has worked in the financial field for a long time and only recently became a broker, real estate has always been part of her life since several members of her entourage are brokers or have agencies in several regions of France.

Her desire to facilitate the integration of newcomers like her

Since her beginnings as a real estate broker, Fabienne has offered to support newcomers free of charge in their search for housing and their integration in Quebec. She found the lack of support on her arrival "frustrating" and she wants to avoid having others to feel alone in their process.

She started by contacting the French magazine Express to give a shot at how much an ad to promote her service costs. She was told that the magazine was going to go to print soon and that there was half a page left to fill quickly. She seized this exceptional opportunity! Thanks to her announcement, she received many calls from French and Belgians who wanted her help in their arrival in Quebec.

Arguably, this ad was most effective since she never reposted an ad and today all of her clients come from referrals and different partnerships.

She is also a member of the French Chamber of Commerce of Montreal (CCI France-Montreal) where she participated in several events (before the health crisis).

Her dedication to her clients

Her main objective is to provide human-to-human service and to create a bond of trust. She knows what her clients are going through from having experienced it herself and she aims to share her tips and advice that she has discovered over time. In other words, she seeks to advise her clients in the same way that she would have likes to be advised.

This was one of the reasons she left finance: it had become about selling, it was no longer consulting. She considers herself a bad salesperson, but an excellent advisor. "That's what I love about the job I do now: I advise. I am 100% transparent. I do not hide anything, and I disclose everything. » she says, inspired.

Over the years, she has developed several relationships with immigrant families who are now well established thanks to her support.

Within the Sutton team

When asked why she chose Sutton, she proudly mentioned the human and friendly side and the family spirit of the banner. She quickly fell in love with the complicity of the groupe sutton - immobilia team, where everyone is welcoming and inclusive.

The importance of family

If she appreciates the Sutton spirit so much, it's because family is very important to her. She adjusts her busy schedule to spend as much time as possible with her daughter and son. For example, she mentioned that she takes her children's PD days off to spend time with them.

She is also planning a trip to France as soon as the constraints ease to visit the rest of her family including her sister, nieces and nephews and parents.

Her advice for newcomers

In conclusion, if she has one great piece of advice for newcomers, it is to seek to fit in here without attempting to replicate the native way of life. She advises opening up as much as possible to the local culture and the Quebec way of life which is known for its welcome, kindness, openness to others and diversity. 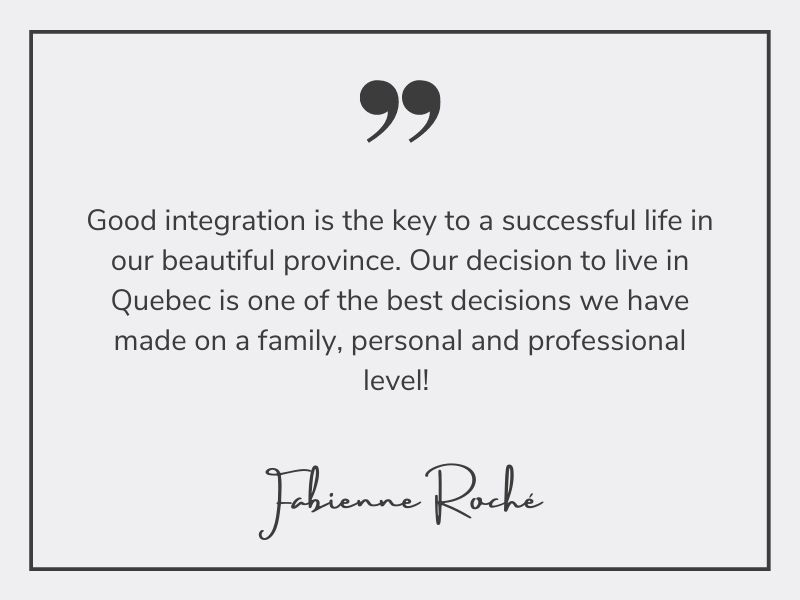